Held at Hamilton Ice Rink in Scotland on Friday 28th December 2012. For this bonspiel, attending members were divided up into six rinks who are drawn to play against one other rink. 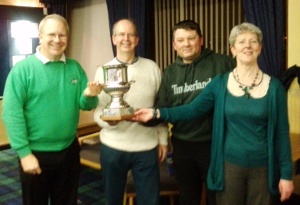 David’s team won 12-6 and were the overall winners.