This was the 16th annual bonspeil and as usual the North West Castle Hotel were excellent hosts for the event. 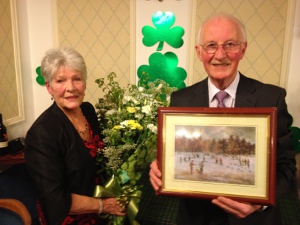 Everyone paid tribute to Jim and Kathie Nixon who have now retired from organising this Irish Weekend after many years. They were presented with  a curling print and flowers by Bill and Janie Gray. Bill said: “On behalf of the ICA, I would like to thank Jim and Kathie for their tireless effort in making a success of our Irish International Bonspiel over the past number of years.” 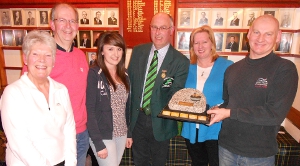 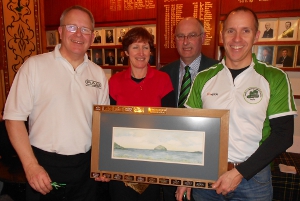 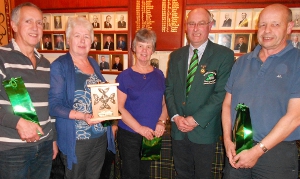 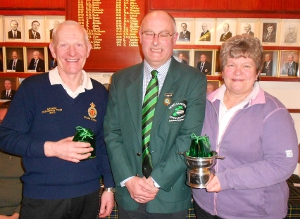