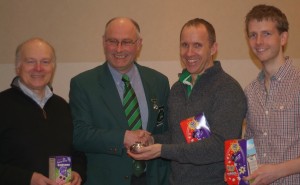 This is the ICA members closing bonspiel of the season, followed by our 19th Annual General Meeting and rounded off with dinner.

For this bonspeil, attending members were divided up into eight teams who are drawn to play against one other team.