Skip to primary content
THE Irish Mixed Challenge for the right to represent Ireland in the European Mixed Curling Championships in September gets underway at Greenacres Ice Rink on Friday night.
There are two rinks entered and they will play a best-of-three series of games.
Team Wilson are the ‘dads and daughters’ combination of skip PJ Wilson, his daughter Helen at lead, Neil Fyfe at second and his daughter Alison playing third stones completes the team. This family-based foursome  will, no doubt, linked by blood ties, have a deep unspoken understanding and the combination of experience and youth bodes well for the future of Irish curling at all levels.
Skip Peter Wilson said: ” We are looking forward to the challenge of playing the vastly more experienced rink and hope that the youthfulness of the girls will pull us through.”
On the other hand, Team Gray, or the ‘Eurozone Crisis Crew’ live so far apart and curl together so rarely they might need name badges to recognise each other at the team meeting. Ireland’s representatives at the last Euro Mixed in Turkey – skip Robin Gray, third Louise Kerr, second Johnjo Kenny and lead Hazel Gormley-Leahy –  will step on the ice for the first time since then in the hope that one member living in Spain and another in Ireland won’t be a handicap!
Skip Robin Gray commented: “After losing out on qualification on a technicality in Turkey in what was one of the toughest groups I have ever played it, its great to get the team back on the ice again to try and qualify for the 2013 Euros. Unfortunately, lack of curling will hamper us given Hazel and myself have not curled since last year’s Euros, and we are up against a team in PJ and Neil who are all curling frequently, the guys moving towards their World Senior campaign in a couple of weeks. I think that we may struggle for consistency, but I am hoping that our experience and strategic ability will keep us competitive in these games. I intend to keep matters quite simple until we get in the groove and also hoping for some practice before the series starts. Unfortunately living in the country you represent is not always the best preparation!”
Game 1 – Practice starts at 7.30pm on Friday, March 29, will the game starting at approximately 8pm.
Game 2 – Practice for the second game on Saturday, March 30 starts at 8.30am with game starting at approximately  9am.
Game 3 (if required) – Practice starts at noon with the decider at approximately 12.30pm.
Once more, a trawl though some old Scottish Curlers produced a couple of cracking photos of both skips in their World Junior bronze-medal winning pomp.
My, how things have changed……. 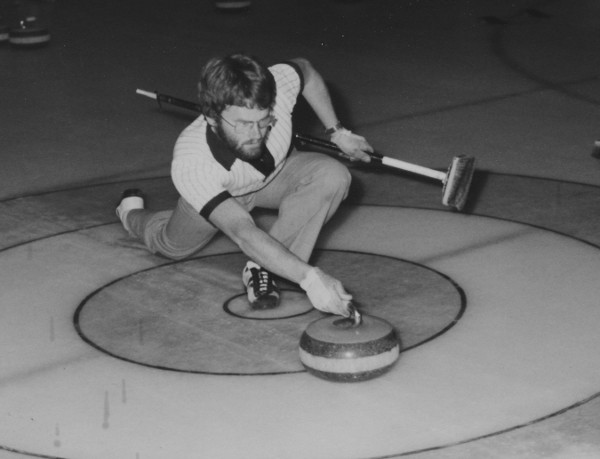 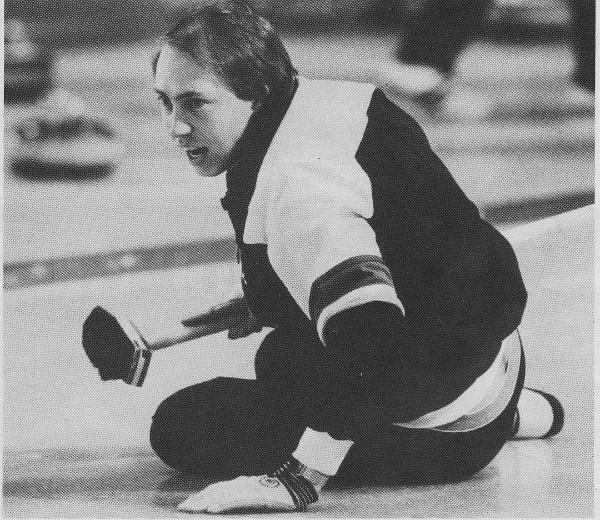