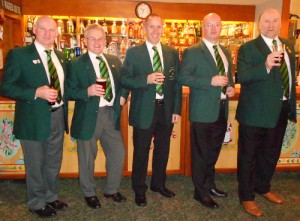 JOHNJO Kenny, the World Senior Champion skip from 2012, will travel to Canada in April as fifth man player for the new Irish Mens Seniors team heading for the 2013 World Senior Curling Championship in Fredericton, New Brunswick.

Having beaten Johnjo’s current world champion rink at a playdown in January, Peter Wilson, the triumphant skip of the new Irish Senior Champions rink,  said: “We chose to take Johnjo because he was the best player available. Having him there means we have lots of options and all our bases covered.”