THE prestigious final weekend at Stranraer Ice Rink for the Dalrymple Cup and the prize of a ten-day holiday in a McMillan Hotel was up for grabs at the weekend and Irish curlers were involved at the death. 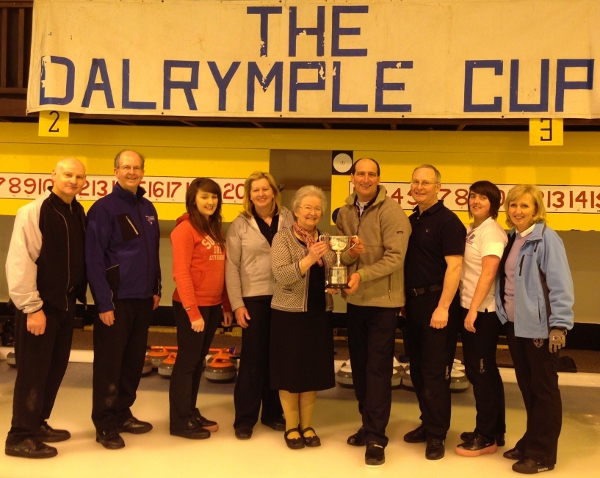 The final weekend sees all the season’s weekend competition winners return for a four-day curling extravaganza when stamina off the ice is equally important as stamina on the ice.

Reaching Sunday afternoon’s final were our very own Peter Wilson and David and Frances Whyte who had local crack curler Kara Compton keeping them right.

They qualified as the winners on the Irish International Bonspiel in February and Pete was keen to get some serious competition in ahead of next week’s World Seniors in Canada.

The team reached the final and had to hammer in the last end with the score ties with John Davie’s rink.

Then the roof fell in – only Pete knows what happened but his last stone left the station without him. Faced with an opposition stone just peeking out from behind a guard on the four foot he elected to chip it out but fell out of the hack.

Hey, it happened and the team should be congratulated for getting to the final of a very tough competition and they can look forward to consoling themselves over a pint or a gin and tonic with a prize of a week’s stay in a McMillan Hotel.