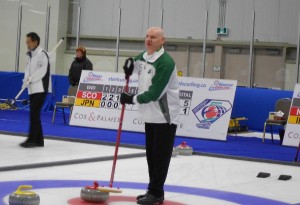 THE first end gave us a false sense of security when a big three was posted for the Irish men in their game against the New Zealand team in tonight’s draw at the Grant Harvey arena here in Fredericton at the World Senior Curling Championships. But after taking their one, the New Zealand team stole a one at the next three ends. The team were on the rack at this point but Johnjo was pulling out a handful of key shots to keep the team in with a chance at every end. However the opposition were matching them, and even getting the better of them, at this stage. 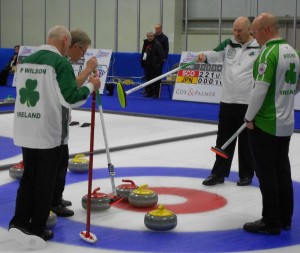 The biggest problem for the supporters was the time clock was running down. At the seventh end they had the sense to call a time out to discuss what to do. Johnjo wanted to go for a guard to stop the Kiwi’s going for their two, as they were lying shot. But Pete was in favour of a hit in off an Irish stone on the other side. Pete won the day and the shot didn’t come off but, thankfully, the NZ skip caught the guard. 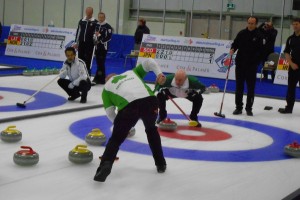 At the last end they boys needed to manufacture a two for the win. The Big Man set it up again with a draw to the back four behind two covering stones. The NZ skip could not follow and Pistol Pete drew the shot for Ireland to lie two. The Kiwi skip then tapped the shot stone back but left our Pete with a quarter stone hit to spring the NZ counter out to the left and win the game and with the crowd at fever pitch and the clock down to 23 seconds he delivered the shot with his characteristic aplomb.

After a debrief,  team spokesman JJ said: “It was messy but it was a win and we will now move on.” 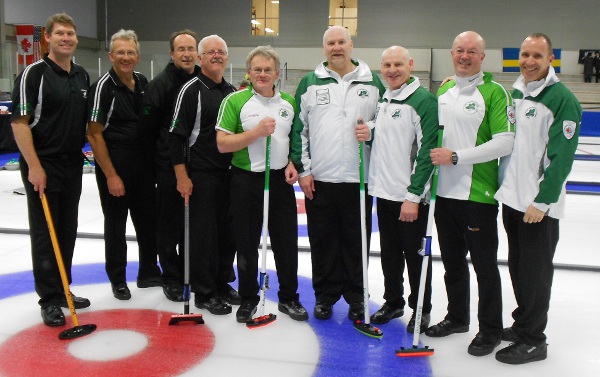