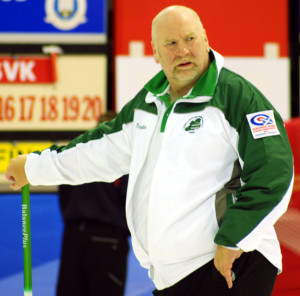 THE Ireland team had gone 10 ends without reply when they lost a one to Slovenia in the fifth end of their fourth game here in the European Mixed Curling Championships here in Murrayfield Ice Rink, Edinburgh.

The inexperienced opposition, at the cusp of their curling life as a country, were out of their depth and just at the championships to gain international experience.

But with the pressure off the Irish team could relax and, as always, in those circumstances the simple shots were easy to make.

It was effectively all over after the team scored a four at the first end but the delight and relief when the Slovenians scored was heart-warming. Final score 13 -1.

Skip Robin Gray said: “The team played well and made some good shots but it doing that when the pressure is on and there will be tougher matches ahead – ones we need to win to keep our play-off chances alive.”