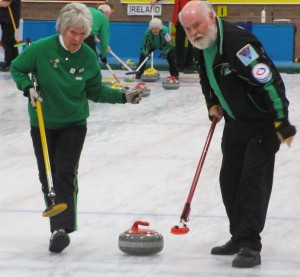 Another fantastic weekend of curling at the Four Nations in Hamilton hosted by the Irish Curling Association. Scoring was provided by Adrian Meikle with a very informative scrolling display (final version here) letting everyone know where they were at on the seven trophies up for grabs. 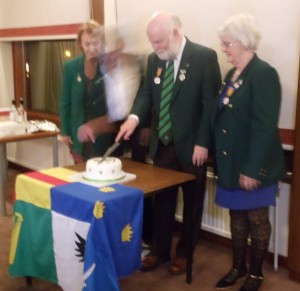 The event was well supported by all four nations and everyone enjoyed a very sociable dinner and disco on the Saturday evening. As always, entertaining speeches were given by all national associations, topped of course by our ‘guest’ speaker Bill Gray. The Irish Curling Association also marked its 20th Birthday with a cake cut by some of our founding members. 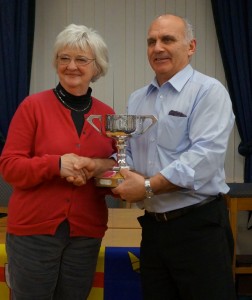 As Wales beat us, maybe the President and Secretary might not have been quite so happy? 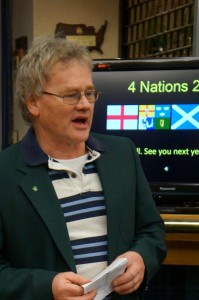 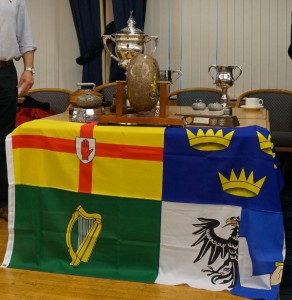