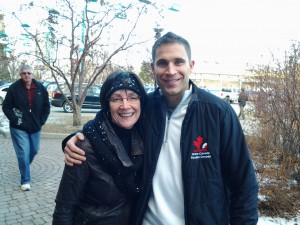 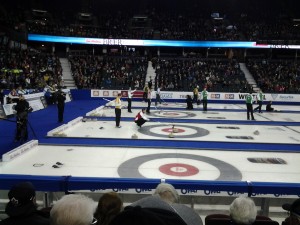 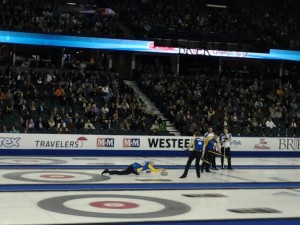 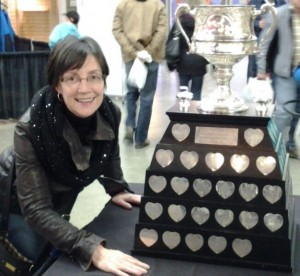 Met Johnny Mo outside the Brier Patch. He was thrilled to bits to receive an ICA pin!

Heaven on earth for me here – great curling, country music thumping out at the Brier Patch and wall to wall junk food.

Curling wise Johnny Mo and team Canada won a tight game v Manitoba and tonight a clearly unwell Kevin Koe lost after an extra end to British Columbia. He spend most of the first five ends in the toilet.