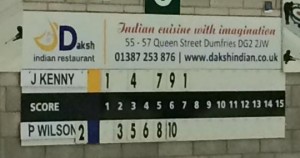 After a very close 5th and final game, which inevitably came down to an extra end, Johnjo Kenny and his team of John Furey, James Russell, Arran Cameron and Eoin McCrossan finally prevailed over Peter Wilson and his team of Andrew Gilmore, Alan Mitchell and Tony Tierney by the narrowest of margins. Well done to both teams for taking this  right to the end. Congratulations to Team Kenny and commiserations to Team Wilson. Skips reactions will follow. (Probably once the roving reporter gets back from the Brier!) 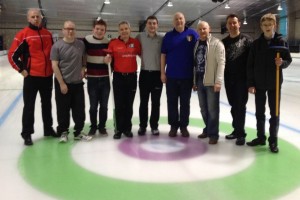