A very big Happy Birthday to our President PJ Wilson from all the members of the Irish Curling Association.

Peter has been a tremendous servant to the cause of Irish curling over the years from that first memorable trip to Sofia, Bulgaria in December 2004 with the men’s team for the Europeans, on to Garmish, Germany in 2005, Lowell, USA and Basel, Switzerland in 2006, Füssen, Germany in 2007, Örnsköldsvik, Sweden in 2008 and coach at Aberdeen, Scotland in 2009. His senior career began in Minneapolis-St Paul’s, USA in 2011, then to Fredericton, Canada in 2013. Quite a record.

Here are some photographic memories of Peter’s curling adventures. 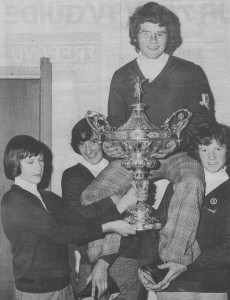 Early days when he was Scottish! 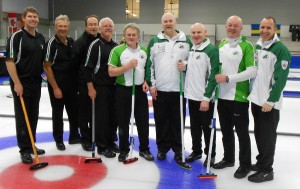 Playing for Ireland in Fredericton in 2013 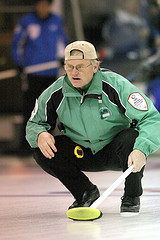 Skipping the team at his first world seniors in 2011 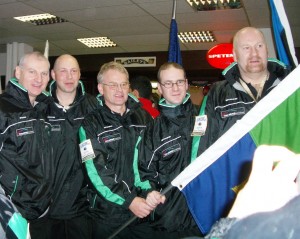 His first Irish outing in Sofia at the Europeans 2004

Up the top of a ski jump in Sweden!

Only once has his normal air of diplomatic bonhomie disappeared and that was at the Europeans in Aberdeen in 2009.Ireland’s men were playing Wales when Adrian Meikle pulled out the world’s greatest ever fluke shot. Up on the coaches’bench, right beside the Welsh contingent, PJ momentarily forgot the video also had a microphone……..