A shortened entry due to late evening team meeting.

Hard game today against Scotland who played their best according to skip Gordon Muirhead after the game. We had some chances- particularly in the first end when a possible three was on but unfortunately Bills stone just caught the guard leaving us lying 1. The second end started well enough with plenty of Irish stones in play but a wayward nose hit attempt left the Scots lying four. Bill played a great freeze attempt which ran a few inches too far and The Scottish skip played a great tap back to claim the four. We fought back well but ultimately we didn’t play as many good shots as our opponents who ran us out of stones in the eighth end to win 7-4.

So where does that leave it all?? As the previous post states, we play Czech Republic tomorrow at 0900 in the Pool A tiebreaker. The winner of that game will play Australia in the QF qualification game at 1400. The third 3rd place team, Sweden has the best Draw Shot Challenge record of a 30.4 average and goes straight to the QF ( we had the 2nd best at 32.7!!). The winner of the qualification game will then play a QF against Canada, USA Denmark or New Zealand depending on how the draw is manufactured to avoid teams from the same pool meeting each other.

Clear? It will get clearer as it unfolds. Anyway we have reached the playoff stages which was an early goal so  it on!! 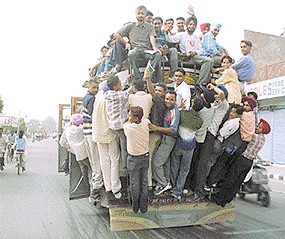 More tomorrow when I have some time. Still recovering from a bus journey back from Sochi centre which was so overcrowded it resembled the 5.30  from Mumbai to Jaipur as depicted in Michael Palin’s round the world adventure. There were only 24 seats in the bus and I reckon there were at least 60-70 on it at one point!