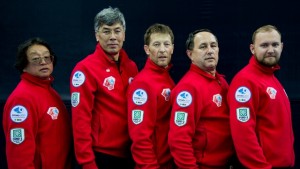 Solid starting performance from Bill and the boys. Four at the first then singles in the second, fourth and fifth put the game in the bag. Kazakhstan got a one in the sixth but a two for Ireland in the seventh end saw handshakes offered by the opposition. Well done men!

Next Game is against Latvia on Sunday at 12 noon local time.