Having already played twice today, the Irish Ladies took to the ice again in a tie-breaking game against Spain to decide who gets the 4th place rankings and a chance to play-off for the medals tomorrow.

Alison Fyfe skipped her Irish team (Ailsa Anderson, Katie Kerr & Clare McCormick) to take a 3 in the first end with the hammer and a further 1 in the second against the hammer. They took a two more 3 shot ends and another single, only allowing the Spanish team a single shot in the third end.

Ireland play Belarus tomorrow at 10am and the winner will then play against the loser of the France v Slovakia game for a chance at silver medal and a promotion to the B division at Esbjerg, Denmark in November.

The Irish men tonight played their tenth and final round robin game against Iceland, knowing that a win would see them into the Saturday play-offs.

Knowing the strength of the Icelandic team’s draw, Ireland played a clean game from the get go, however a good draw by the Icelandic skip in end 1 against a 4 resulted in a jam with the Irish hammer, giving Iceland a 1. A strong second end with lots of stones in play gave Ireland a draw for the 3. A tight end in the 3rd forced the Icelandic skip to hit and stick for the 1 which he pulled off. The 4th end involved lots of exchanging of stones around the 4 foot before a strike presented itself for the Irish hammer to hit and stick for a 3.

After the break, the Irish had lots of stones in play, and the Icelandic skip was unable to hit and stick giving Ireland a steal of a 2. Iceland made some good freezes in the sixth end to set up a 2 for themselves, however in the seventh end Ireland executed a draw for a 2 to win the game.

In the same session France lost to Bulgaria and Slovenia beat Serbia, therefore Ireland play France in the 3 vs 4 play-offs tomorrow at 10am with the winner playing the loser of Slovenia vs Slovakia for the silver medal and a chance to progress to the B division. 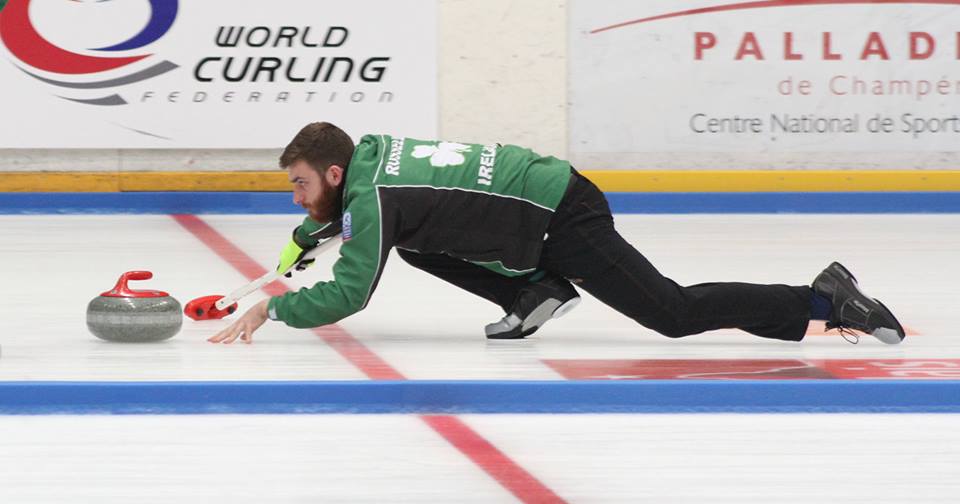