This was the play-off between the third and forth ranked teams after a week of hard fought round robin games which ended in a spectacular tie-breaker with Spain to secure the fourth place.

Alison Fyfe’s team started very well taking a single against the hammer and collecting a further five points and conceding only two, going into the seventh end with a 6-2 score. Belarus fought back with a 3 in the seventh but Ireland had the hammer and took a single to win the match.

That  guarantees them a bronze medal. One more game to go against Slovakia at 3pm for a chance of the silver medal and progression to the European Curling Championships B division in November. 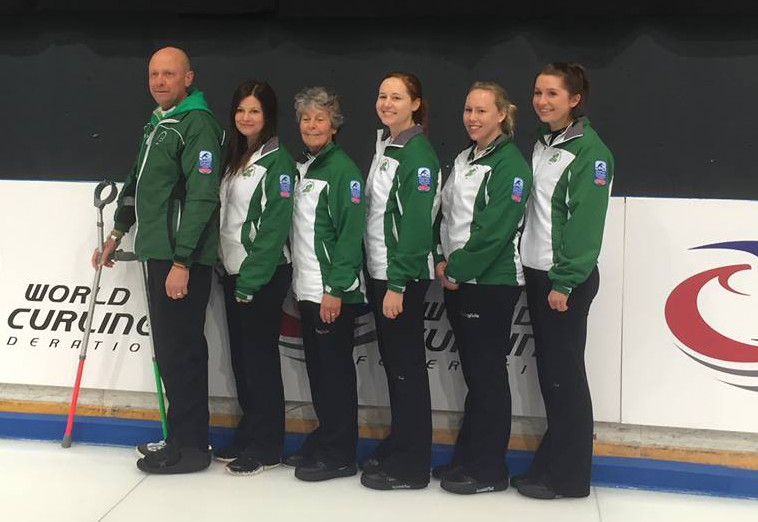 The Irish team had the better of the first half of the match to lead 3 – 1 at the fourth end break. However, soft ends by the Irish team in the fifth and sixth ends gave the French some hope.

Entering the eight end, the Irish required a two with the hammer. Ultimately the Irish had enough stones in the house but had to lift a double on the two French stones to take the match. The shot was played extremely well, but curled a centimetre too far leaving one French stone counting shot at the edge of the four foot.

The French win 5 – 3 taking them through to the silver medal game and a chance of promotion to the B division.