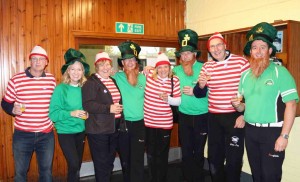 The ICA were represented at the recent Grand Match by the team of Bill Gray, David Whyte, Arran Cameron and Margarita Sweeney-Baird. 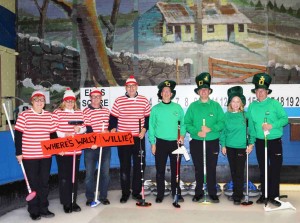 The represented the North (?) against East Kilbride & Haremyres from the South and lost 6-5.

Hot off the Press from Greenacres. Team Gray (Robin Gray) with skip Peter Wilson,PJ Wilson, Ross Barr (for injured Robin) and Tony Tierney won the Greenacres European Senior Invitation  today against Anders Westerberg’s World Senior QF rink in an extra end final.Team Gray beat Team Kenny, who topped their section, in the QF on their way to the title. 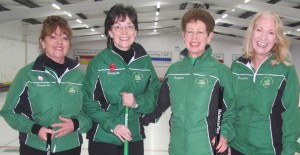 Team Marie O’Kane with Louise Kerr, Christina Graham and Margarita Sweeney Baird also made the Womens’ final against Christine Cannon’s rink and ended up runners up. Great performances from all of the Irish rinks. Well done!!

A hugely enjoyable day at Braehead on Saturday with 32 ICA members battling it out for the Fyfe Trophy, presented by the Fyfe family to the ICA in memory of John and Isobel Fyfe.

The format of the this brand new competition was two sections of four teams each playing a three game, three end, round-robin in the morning. After a break for lunch, the top two in each section played the high road semi-finals and the bottom two in each section played the low road semi-finals. After those four end games, the final for the Fyfe Trophy was between Bill Gray’s team and Johnjo Kenny’s foursome. The losing high road semi finalists, Neil Fyfe and David Whyte’s teams, played for bronze. 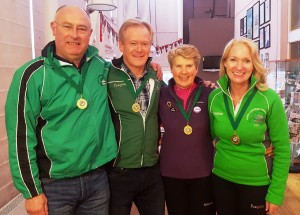 Bill won the big one and David squeaked past Neil after and extra mini-end when each player played one stone.

In the low road battle for the medals, John Furey’s last end supershot  to get a three for the peel against Alistair Fyfe saw that game go into a mini extra end decider with the Furey team, including nine-year-old Erin Furey at lead, emerging victorious. 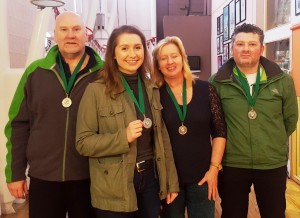 President Louise handed out the medals and Alistair Fyfe did the honours for the Fyfe family by presenting the handsome trophy to Bill and his team of Ross Barr, Margarita Sweeney-Baird and Isla Kinnear. Bill spoke eloquently about the fantastic contribution John, but particulary Isobel, had made over the years to the cause of Irish curling and he was honoured to be the first winning skip. 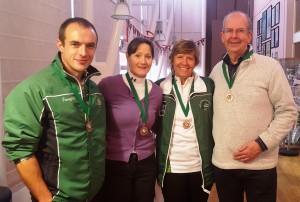 Four members of the Fyfe family took to the ice  – Alistair, Neil, Anne and Alison. 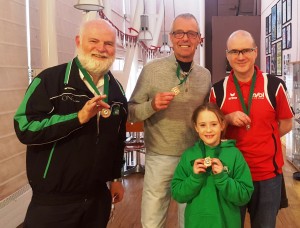