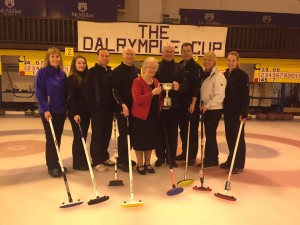 Congratuations to Ireland’s Peter Wilson who, with his team of Murray McWilliam, Lauren Morgan and Margaret MacAuley, made it to the final of the Dalrymple Cup at Stranraer Ice Rink.

Peter and his team, who qualified for the ‘final weekend’ as the runners-up in the ICA Stranraer weekend, were beaten in the final by Robert Clark, Gail Thomson, Murray Stevenson and Cat Eccles. Ironically, both teams came out of the same section, with Robert Clark only making the quarter-finals  after his name was drawn out of the hat containing the seven section runners-up! Pete topped the section, of course.