I am pulling rank here and hijacking the ICA website to say thanks to everyone in the ICA and other curling associations who bought my book about the Galloway soldiers serving in the Great War – Galloway’s Great War, Volume I: August 1914 – August 1915. 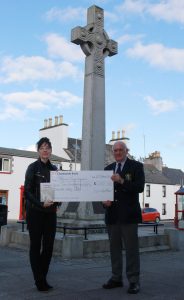 The second book, Galloway’s Great War, Volume II: September 1915 – September 1916, will be on sale from November 11th. Again, a percentage of each book sold will go to Poppy Scotland.