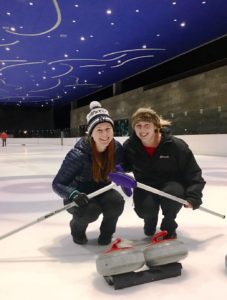 While Irish Ladies C League team members Jen Ward and Jacqui Barr were training in Scotland recently, skip Ailsa Anderson and vice-skip Katie Kerr managed to get in some training in New York. 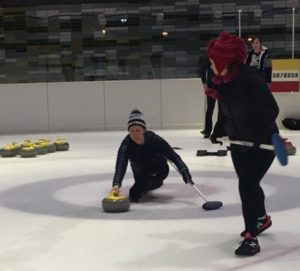 Ailsa never travels far without her curling shoes and fortunately Katie’s Brooklyn based opposition were in need of a sub.

Although it was her first time playing arena ice outdoors, Ailsa reported that the ice was “interesting to say the least!”. 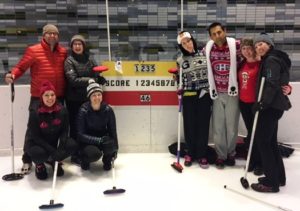 The NYC club members and Ailsa

But a great game was had and big thanks to Curl NYC for allowing Ailsa to join in.