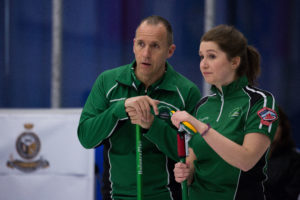 Neil and Alison were mugged on the line by Italy last night having dominated for 90 per cent of the eight end game. The Italians were eing outplayed but in the last end the pedulum swung in their favour when the Italians drew a cracker of a shot behind the guard to lie two. Alison and Neil elected to raise their own stone back onto 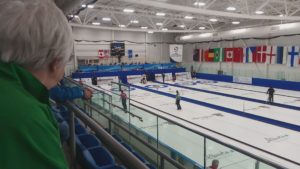 the shot but Alison was wide played and the Italians stole the game.

The Irish pair were very annoyed with themselves to let this game slip away and will now have to regroup.