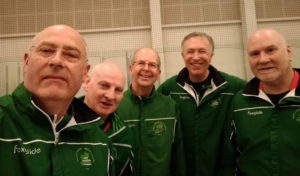 “Phew!! Qualified second in our group for the Quarter Finals despite a poor result against Australia. A slightly hollow feeling having lost but starting to buzz ready for tomorrow. Go Team Ireland!!”