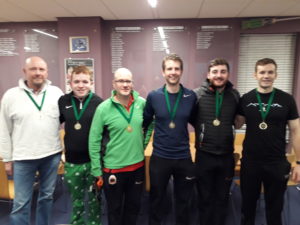 They will now represent Ireland in the European C League in Taarnby, Denmark, April 11 – 18.