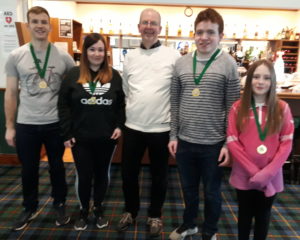 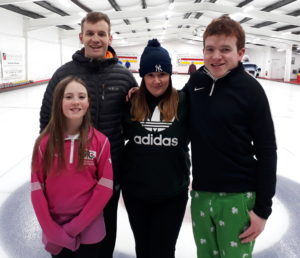 An exciting playdowns for the Irish Mixed title at Greenacres Ice Rink on Saturday 10th March 2018.

The new Irish Mixed Champions for 2018 are:

The first game swung on a 7th end take-out which was missed twice by the opposing skip, James Russell. Skip John Wilson made impressive draw shots against large heads on several ends.

In the second game, the most notable shots were Erin freezing several on button and Eoin lifting two consecutive double takeouts.

The first 2 games were won by team Wilson in a  best of 3 format, so thay can represent Ireland at the World Mixed Championships later in the year – date & venue still to be decided.

This was a debut playdowns for 12 year old Erin Furey (daughter of Irish Mens Team player, John Furey) who curled beautifully and clearly enjoyed herself. 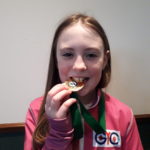 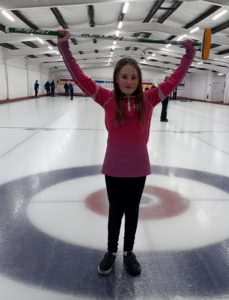 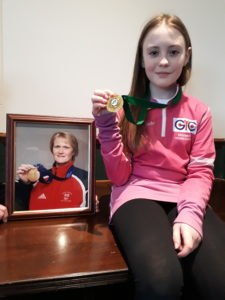