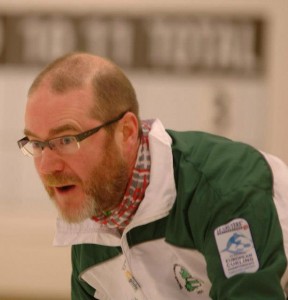 The Irish team heading for the European C league in Copenhagen are in the final stages of preparation.

As usual, we all want to know a bit more about them so here are the answers to the latest profile questions;

Three things you really like? – The beginning, the middle and the end.

Three things that really annoy you? – Obstreperousness, playing tight to the brush, politics.

Three things from your ‘bucket list’?
– There’s still time to make an impact in the world;
– New York (I tried to get there before but nearly crashed in a storm);
– Usain Bolt in the hundred meters final of the Commonwealth Games has now sadly been replaced with an early-doors morning session of the weightlifting, as that’s all we got tickets for.

What was the last film you saw? – Close Encounters Of The Third Kind: (Up a whole tone, down a major third, down an octave, up a perfect fifth: I quite often jam away with this as the starting point).

And the last book you read? – A Brief History of Everything – Bill Bryson.

And one song you never want to hear again? – Twinkle Twinkle Little Star as played by my kids on the violin

What would be your specialist subject on Mastermind? – Generic traits and colours of the Power Rangers: Mighty Morphin to Megaforce, 1993-2013

Washed down by? – Carbonated water (with hops)

Tell us something about yourself that will surprise people? – One of either myself or my then business partner John-Paul were invited by Downing Street to interview the Prime Minister. Downing Street wouldn’t allow the two of us to go so we said “feck it, we’re too busy”.

You can save one prized possession. What is it? – The Stephen Bennett landscape

What keeps you awake at night? – Insomnia.