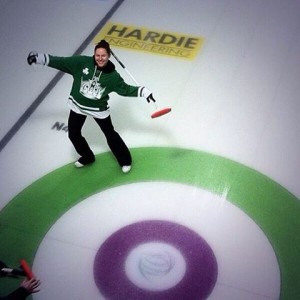 Now that the dust has settled after the Irish Mixed Doubles playdowns one thing we have to mention is the contribution Katie Kerr made to the proceedings. Katie, who came all the way from California to play, was a most pleasant and charming young woman who smiled and laughed her way through a weekend of dreich weather, incomprehensible accents and row after row of dodgy teeth. Katie will be an asset to the ICA and she is keen to come over and curl again in any playdowns going so keep that in mind shipmates for the Mixed or Euro C Division next year. 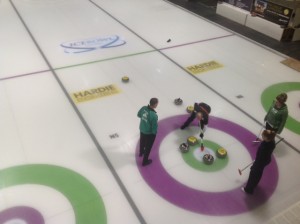 The staff of the Ice Bowl in Dumfries did us proud producing consistent, excellent ice with good swing, first class catering as well as giving us the thrill of webcasting the final live. Special mention has to go to those hardy volunteers who manned the time clocks.  I have the greatest admiration for anyone who sits stock still in an ice rink for two hours just pressing start and stop buttons at the right time for every shot at every end without losing concentration. Respect.

Finally, special thanks from all the players to our very own John Burns, who did a grand job umpiring the games throughout the weekend. What would we do without him. 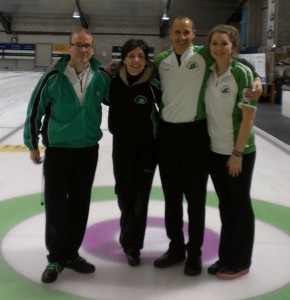 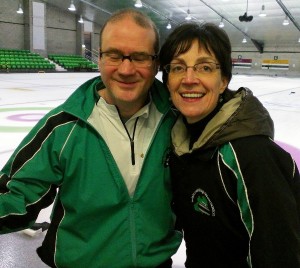 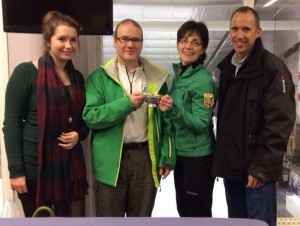 One very knackered blogger here away for a long, hot bath but looking forward to the World MD’s in April. Report, pictures and…….video interview tomorrow!

Three teams will compete in the mixed doubles championships at Dumfries Ice Bowl this weekend.

The winners will represent Ireland in the World Mixed Doubles at Dumfries Ice Bowl, April 23 -30, 2014.

The games may be broadcast online via Dumfries Ice Bowl’s Live Streaming channel. 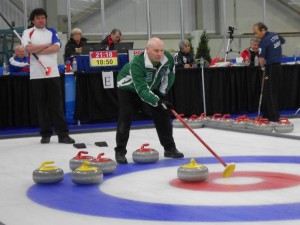 The current Irish Senior Mens Champions, skipped by Peter Wilson, took to the ice for the first time this season when taking part in a weekend competition at Stranraer Ice Rink last weekend. The new look team, with David Smith replacing Neil Fyfe, played four games over two days. PJ Wilson and Tom Roche remain on the team at third and lead.

The Saturday games saw PJ Wilson in the team at third, but, as he was on duty at the ICA December bonspiel at Murrayfield on the Sunday, Irish Pete’s brother Philip came in at skip and Pete played third stones. In a final game, Pete played Phillip’s Stranraer Super League team, just losing out at the last end.

Afterwards Pete said: “It was good to get some practice in as we are behind Johnjo’s team with that and they have had the opportunity to play a fair few competitive games as well. David was the new guy in the team and he started off okay. I am trying to look at things he does like the line he delivers and his sweeping style. Overall I would say our performance was average but I am not looking to far ahead at the moment as this was only a handful of games but we got better as the weekend went on. We just missed out in the last game against Philip and the nature of the game  – against my brother – meant we were sharper.

“Looking ahead we”ll be fine against Johnjo’s team at the playdowns in January.  They will be the favourites, but it’s all down to how you  play on the day and we’ll now get another practice session in between Christmas and New Year.”

For this bonspiel, attending members were divided up into six rinks who are drawn to play against one other rink.

After the heartbreak of the rugby last weekend in Dublin between Ireland and the All Blacks, Irish curlers will get the chance to exact some revenge this week when taking on the New Zealand mens curling team at The Peak in Stirling.

The Kiwis – Peter de Boer, Sean Becker, Scott Becker, Kenny Thomson and  alternate Philip Dowling –  are in Europe to play for the remaining Olympic berths available at the qualifying competition in Fussen, Germany beginning December 10. To get some ice time in they have travelled to Scotland and will take on our very own Johnjo Kenny, Alan Mitchell, James Russell and Aaron Cameron at 3pm on Wednesday.