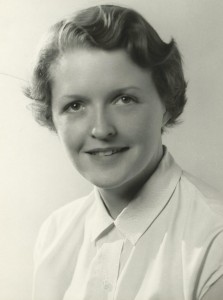 Isobel Fyfe, who passed away on Sunday, June 28th, aged 81, was one of the earliest members of the Irish Curling Association and one of its most loyal and dedicated curlers.
For many, many winters, alongside husband John, she pitched up at various ice rinks, for ICA bonspiels, weekend competitions, championships, qualifiers and Four Nations battles; beavering away on and off the ice as player and  match secretary.
Isobel represented Ireland at the World Senior Championships in Scotland, Canada, Sweden and Finland with the formidable squad of Fiona Turnbull, Jane Paterson, Kathie Nixon and Liz Knox. Isobel and Kathie became media celebrities at the Edmonton Worlds in 2007, where the highlight of the team’s curling career was beating Scotland.
Isobel especially loved the atmosphere of the Four Nations and, over the many  years she turned out for Ireland, she made a host of lifelong friends. There was always an invitation to her room for a party after the action, where her guests were fortified with ‘Isobel’s Mixture’ a mind-numbing concoction of Glayva, Drambuie and Green Ginger. Firewater not for the faint of heart.
Isobel was the proud mother of two international curlers; Neil, who plays for Ireland and Alastair, who, thanks to John’s nationality, plays for England. She was also absolutely bursting with pride last December when Neil and her granddaughter Alison won the Irish Mixed Doubles Championships together.
Born in Belfast in 1933, Isobel was one of three children of Robert and Mary Loughrey. The family relocated to Ballymena during the war after the shipyards were bombed, then moved round various provincial towns in the six counties with her bank manager father.
At high school in Magherafelt, Isobel showed her sporting talent on the hockey pitch where she was one of the most popular girls with the boys, as she wore one of the shortest gym frocks.
In 1951 she left Northern Ireland to study domestic science at the ‘Dough School’ in Glasgow. When playing hockey for the ‘Dough’ against Glasgow University boys, she met a young and very handsome medical student called John Fyfe. With a queue of girls to choose from, John’s heart was won over after Isobel played her ace card – learning how to score cricket matches, becoming the University’s official cricket scorer for several seasons.
After she graduated, Isobel worked as canteen manageress in the BOCM factory in Renfrew and she and John tied the knot in May 1959. Alastair was born the following April and twins Anne and Neil arrived in April 1962.
Setting up home in Perth, family life brought contentment and fulfilment to Isobel  but she still undertook a lot of volunteer work during that time, including her famous soup kitchen and food parcels for those suffering a bereavement or some other misfortune.
Sport was always important to Isobel and, family commitments permitting,  she enjoyed  golf  and badminton. In 1975 she discovered curling and loved the game from the moment she stepped on the ice. To fill the gap in between the end of one curling season and the start of another she decided to take up bowling to keep her eye in.
Everyone in the ICA had the greatest respect and fondness for Isobel who was a stickler for good manners and proper etiquette. Woe betide any member who didn’t reply promptly to Isobel’s  email request for names!
After John’s death, she gritted her teeth and got on with life, turning up religiously at ICA events, continuing with her match secretary duties, playing or supporting, her dry wit intact, even though we all knew her heart was broken in two. But she regarded the ICA as her “extended family” and that family gathered round to support Isobel the way she had previously supported others.
She will be much missed by us all in the ICA, but especially by her teammates and close friends – Liz, Kathie, Fiona, Jane and Jean. As Kathie remarked at Isobel’s Memorial Service: “I just can’t believe Isobel’s gone.
“You  know, she and I played scrabble all over the world.” 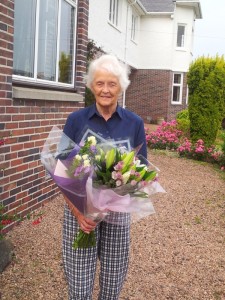 It is with great regret that we report that one of our longest standing members, Isobel Fyfe, passed away on 28th June 2015.
Isobel held the ICA close to her heart and was an extremely active member, fulfilling the role of membership secretary for a number of years and representing Ireland on a number of occasions. Many will remember her for her constant good humour and her tireless work whenever Ireland were hosting the 4 Nations competition.
We will all miss her but none more so of course than her immediate and wider family. Our thoughts and sympathies go out to Alastair, Neil and Anne and their families.

Isobel will be hugely missed by all that had the good fortune to have known her.
A Memorial Service will be held at St Leonards-in-the-Fields Church, Perth PH2 8AG on Saturday 4th July 2015 at 10.30am.