Fresh from commentating on the Ryder Cup at Gleneagles, broadcaster and national treasure Clare Balding found herself face-to-face with yet another international sporting superstar at the Wigtown Book Festival on Monday.

An ever so slightly hungover Clare was down in the south west to give a talk on her new book ‘Walking Home: My Family and Other Rambles’ based on her popular Radio Four show ‘Ramblings’ of which our President is a big fan.

I would like to welcome you to the new season which for some is on the verge of starting and for others it has already started.

We have our various bonspiels which start with one at Hamilton on the 5th October which I hope that you can attend as well as the others throughout the season.

Coaching sessions have been arranged and we have had a very good turnout at the first at Greenacres last weekend – I think we all benefited in some way even if it was only to find out which muscles had ceased up over the summer.

We have the Stranraer bonspiel in February for which the invitations will be sent out shortly and I would appreciate a prompt reply to these invitations so that I can fill any shortfall that may occur.

We will also be having ‘’National Championships/play offs for the seniors, mixed doubles and the mixed so if you wish to play in any of these please speak to the other members to see who else may wish to play. It’s good to talk.

We currently have our teams going away to represent us in the European ‘C’ league so I would like to take this opportunity to wish them success.

Finally I hope that you have a good season and hope to see you all as often as possible throughout the season. How do you relax away from work (and curling) – Squash, tennis, golf and guitar

The person you most admire, alive or dead, and why – Eddie Izzard for running 41 marathons in 51 days for charity

The unlikely interest that engages your curiosity – Magic tricks

What is your favourite word – Peshwari

The film you can watch time and time again – Django Unchained

What are you best at – Losing the coin toss

The sport you won’t watch – Cricket

And finally, what did you have for breakfast – A can of whoop-ass 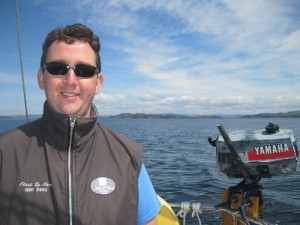 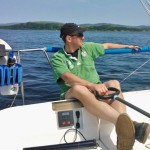 How do you relax away from work (and curling) – Yacht Racing / Cruising on West Coast of Scotland, best in the world.

The person you most admire, alive or dead, and why – Brian O’Driscoll, true gent and sporting hero

The unlikely interest that engages your curiosity – Banger racing

What is your favourite word – Muppet

What are you best at – organising

The sport you won’t watch – Football, F1, anything were money is more important than the sport.

And finally, what did you have for breakfast – Porridge Favourite sport outside curling to watch­ and to play ­-
Watch – Rugby and equestrian sports,
Play – Netball or Tug­of­War

Who would you really like to meet? Prince Phillip

Favourite holiday destination and why? Ireland (obviously) and further afield it has to New Zealand

You can save one prized possession. What is it? My family

Who would you choose to marooned on a desert island with? Gerard Butler

The Irish Curling Association are holding the following training days, funded by Development and Assistance Programme (DAP) money from the WCF, to help curlers of all levels improve:

Saturday, 4th October at Braehead 11am to 4pm.

ICA training days are open to all members but numbers are limited. The first two sessions are nearly fully subscribed but there are still spaces for the 4th October session. 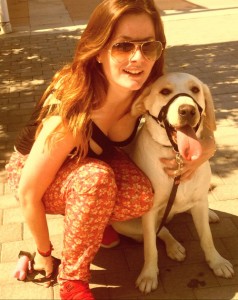 Favourite curling destination and why – Mmmmm: Erzurum; gave a lot to talk about hahaha

How do you relax away from work (and curling) – What’s that?

The person you most admire, alive or dead, and why – Going with Maria Bravo this year, aka, my boss: she gives great motivational talks that makes you think, even though she too may be going through rough times.

The unlikely interest that engages your curiosity – How some genii worked out that a tiny little piece of metal can work as a sim card to ring someone without cables over the other side of the world; that and who decided “let’s eat the next thing that comes out of that chickens ass”.

What’s your guiltiest pleasure – Now mon ami, I don’t think that could be published.

What is your favourite word ­ – coñio

The film you can watch time and time again –­ Bodyguard

What are you best at – damaging my left knee; without fail at least once a month.

The sport you won’t watch – Fishing…..

And finally, what did you have for breakfast – good point; nothing so far

Members of the World Curling Federation have elected a new board and voted to introduce a new World Junior qualification event, a World Mixed Curling Championship, along with approving a raft of other key rule changes.

The competition and rule changes and board elections took place at the World Curling Federation’s Annual General Assembly (AGA) held during the 3rd Annual World Curling Congress at the Peppermill Resort in Reno, Nevada, USA.
Delegates and representatives from the Federation’s Member Associations, key stakeholders and partners have been gathered in Reno to discuss strategy and development for the Olympic and Paralympic Winter sport of curling since the 4th of September.
In the WCF board elections, current President, Kate Caithness OBE, from Scotland, was the only candidate nominated for the next four year term as President and was elected by acclamation.
Upon her re-election Caithness said: “It has been a real honour to work and serve for the Federation. I work in a man’s world and you, our Member Associations, have put your trust in me to raise the profile of curling. For the next four years I promise to give you 100% in my work to represent you and our great sport.”
In addition, a new Board structure takes effect as part of a new WCF constitution from this congress onwards. The new Board is comprised of eight Board Directors: a President, three Vice-Presidents each from the three zonal regions of the WCF and another four Board Directors.
Graham Prouse (Canada), was elected Vice-President by acclamation for the Americas zone for a three year term.
Hugh Millikan (Australia), was elected Vice-President by acclamation for the Pacific-Asia zone for a two year term.
Bent Ramsfjell (Norway), was elected Vice-President by acclamation for the European Zone for a one year term. Robert Susanj from Slovenia withdrew from the election for this position.
Elected to the four Board Director positions were:
1 Albert ‘Andy’ Anderson (USA) (four year term of office)
2 Hew Chalmers (Scotland) (three year term of office)
3 Laura Lochanski (Canada) (two year term of office)
4 Toyo Ogawa (Japan) (one year term of office)
President Caithness recognized the exceptional contribution made by departing board members Leif Öhman (Sweden) and Young C Kim (Korea).
Following the Assembly, the new board will meet and will consider the applications for conditional membership for the Hong Kong Curling Association and Qatar Curling Federation. Armenian National Curling Federation was excluded from membership during the Assembly.
During the Congress it was announced that the World Mixed Doubles Curling Championship 2015 and the World Senior Curling Championships 2015 has been awarded to Sochi, Russia. The events will take place from 18-25 April 2015.
WCF also revealed plans to Member Associations for a Portable Curling Facility. This new programme offered by the Federation is to help establish dedicated curling facilities in regions which have, up until now, found it difficult to garner the resources to build a permanent curling facility.
The 4th Annual World Curling Congress will take place at the Crowne Plaza, Belgrade, Serbia, from 2-5 September 2015. The 2015 WCF Annual General Assembly will be held on 5 September.
Full details for the competitions and rule changes can be viewed here:
www.worldcurling.org/wcf-annual-general-assembly-2014-review
www.worldcurling.org/world-curling-congress