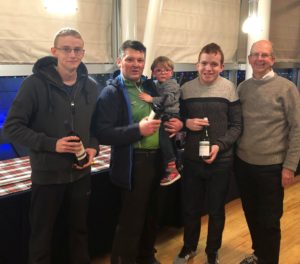 ICA members took part in the autumn bonspiel at Braehead last Sunday with the prizes going to, Andrew Gilmore, Eoin McCrossan and  Steve Callan. They were presented with their prizes by President David Whyte. With 12 players, four teams played with three players. 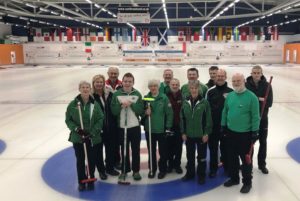 Thanks to all who made the effort to support the event. 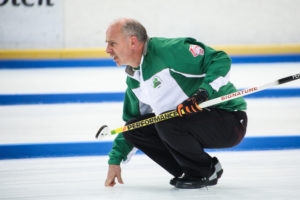 ICA member and international Irish curler Alan Mitchell  is in St Gallen, Switzerland this week as coach of the Slovakian men’s team in the A Division of the European Championships. Alan coached them to promotion to A from B at Braehead this time last year. Good luck to Alan and his team from all ICA members. 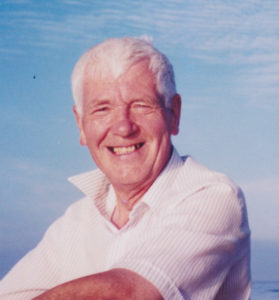 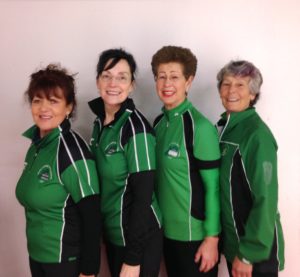 The Irish ladies team heading to the world seniors in Sweden next April got together on the ice for the first time at the Greenacres Invitation last week. Marie O’Kane, Louise Kerr, Christina Graham and Clare McCormick had plenty of practice against some of the top senior ladies teams in the world and improved every game.

Going forward, they have engaged Gordon McIntyre to coach the team ahead of their world challenge. 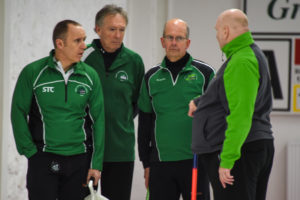 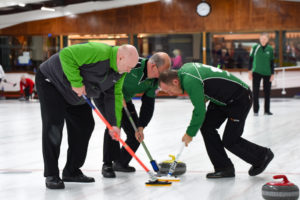 Congratulations to the team on an excellent performance against first class opposition.

The team representing Ireland in the mens half of the Greenacres Senior European Invitation are into this afternoon’s final at 2.30pm.

If you have a free afternoon why not go to Greenacres and cheer them on.